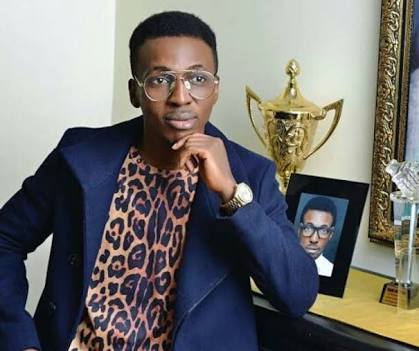 Most renowned Nigerian gospel artiste, Frank  Edwards, shares latest stories about his life and how God was able to lift him to his current stage in life. Read below.

My life is a storybook of God’s manifestation. I am a product of my worship. It’s not by singing, it’s by grace. I am living in a house I didn’t pay one naira for. Do you know what it means for someone to finish building a house and give it to you? You know, sometimes I come out of my house, I look around, I ask myself “how old are you?” Because I know it’s not by singing so I feel like it is time to even let people know the secret behind the glory they celebrate. 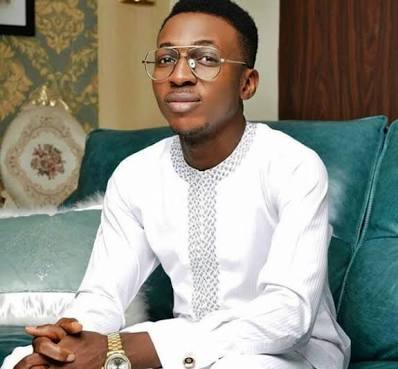 My first album “The Definition”, when that album came out, you know, Loveworld records helped me to produce that album and the first night we sold 100,000 copies at Night of bliss. Now that was a lot of money and then I was still climbing bike (using commercial motorcycles as a mode of transportation). We didn’t know it was going to sell that much and then we had another program, Night of Bliss, and it was all sold and they called me and they said, “We made money from your CD, we would like to give you N1,000,000”, I said “eh! 1,000,000 that’s a lot.”

So I called my mum, God bless my mother. My mum took me, she took me to church every day of my life; Scripture Union, “SU”, yeah. And she said, “you know it’s your first fruit, leave it for them.

It was N1,000,000. And she that is telling me “leave it for them” she didn’t have N1. I mean, me and my mum we hawked together in Enugu; I will hawk in this direction she will hawk in that direction. So she could have thought that you know this is a breakthrough…1 million! And she said I should leave it for them it was my first fruit. Well, I didn’t have a choice but to obey her.

So I told them I don’t want, maybe from the next one. Do you know what God did? They took me to South Africa to shoot my first video. They say “OK since you don’t want money, let’s make a video for you. And while we were shooting I met some people, they said, “Are you the Frank Edwards? We love your music, we didn’t even know you are Nigerian, but your music needs to circulate, go to everywhere in the world.

But here’s what you gonna do, you’re gonna remove “Jesus” and use “God”, it sounds the same, nobody will know, because for your music to circulate, people that the name “Jesus” offends, need to be your fans too. So by the time you use “God”, they won’t find it offensive, so we’ll be able to circulate your music. And when I saw the offer I thought, “Jesus, God, the same thing, there’s not much difference nobody will know”.

God spoke to me and said “see if you do this you will not last and if you don’t, whatever they promise you I will double it for you, so again I let it go. I mean I let the offer go. My then manager thought I had made a mistake. You know, managers always want more money. But I made my decision. So I let it go. I came back and then God began to do his thing.

I released my second album, someone from nowhere said someone is trying to reach you, she is looking in fact when she started looking for me she sent all her staff…”if you don’t find Frank Edwards don’t come to work”. And they came to my church, spoke with some of my pastors, and my pastors told me “someone is looking for you”. They gave her my number and she called me and then she said “I have been listening to your music and you know as I listen God keeps pushing me to do something for you. Do you want to come and see me in my office? I know you are big” I said “me? big? Send the address first. (he laughed)

She called all her staff members, took pictures with me and she said “nothing, I just want to bless you like God placed in my heart” and then she gave me an envelope, I said thank you. It looked big. It was on my way home that I opened the envelope. I opened it…so I called her, I said “the envelope you gave me,” she said “what?” I say “look what is inside,” she said, “eh, that’s for you now, and besides anytime you want to do anything, the bill is on me”. OK, now I have $10,000, I didn’t do anything for you; I didn’t sing, nothing. I said, “thank you”. I went home, I removed my tithe and my seed.

The upper week, they say “someone is looking for you” they gave the person my number…”I played your music it blessed me so much and God placed it in my heart to bless you, can you come to my house?” I went there…the same story. You know God does not make empty promises and he knows how to cause the chain reaction.

Related Topics:
Up Next

Tolulope Arotile biography ( age plus cause of death)

So sad! UNIZIK Graduate Dies After She Was Poisoned By A Guy She Turned down